The Mag survey has been completed, together with 70% of the IP survey. The survey contractor, Frontier Geophysics Inc., has advised Tower that the preliminary magnetic data, shown in Figure 2, are "very active". Notably, the sediment-hosted pyrite-arsenopyrite-sphalerite-galena mineralization of the Discovery Zone that was intersected on the April Trend in the last diamond drill (DD) hole of the February-March drilling campaign, APR20-10 (7.1 m core intercept grading 2.75 g/t Au, 40.2 g/t (1.2 oz/ton) Ag, 0.30% Zn and 0.28% Pb; see Tower's May 06, 2020, press release), is coincident with a linear, stratiform Mag low that extends southeast along strike to the limit of the survey area. The parallel, untested creek lineament target to the southwest is manifested as a similar Mag low.

At the north end of the survey grid, the mineralized breccia dome is manifested as a prominent, lens-shaped Mag low while the underlying unmineralized part of the breccias horizon forms a broad Mag high. The coincidence of the Mag low and breccia dome suggests that the mineralization within the dome may be more persistent than the intermittent zones (e.g. 0.4 m of 3.92 g/t Au, 152 g/t (4.4 oz/ton) Ag, 3.1% As 4.9% Zn and 0.53% Cu) that were encountered in DDH No. APR20-07 on the southern flank of the dome (see May 06, 2020, press release). The Y-shaped alteration pipe that crosscuts the thick basalt horizon between the breccia and April Trend is spotted with smaller Mag highs that reflect the known zonation from pyrite to pyrrhotite within the pipe.

While assays for the four DD holes of Tower's February-March drilling campaign were released on May 06, those for the bedrock and till samples from the 15 concurrent RC drill holes were delayed due to the temporary closure of ODM's heavy mineral processing laboratory during the peak of the current coronavirus pandemic. All results have now been received and those for the till samples are summarized in Table 1.

The most interesting assays obtained from the short (typically 3 m) bedrock intercepts were from Hole NRC20-74 which intersected visibly mineralized sediments that formed the target for the discovery DD hole, No. APR20-10. The first of two bedrock samples collected from the RC hole subsequently returned 0.4 g/t Au, 2.5 g/t Ag and 0.24% As.

Nine of the 15 holes intersected the partially eroded Lower Till horizon that contains remnants of the Au-Ag-As-Zn-Pb dispersal trains emanating from the April Trend and Breccia Dome. The Upper Till samples collected from these holes were not processed. The Lower Till samples, weighing approximately 10 kg, generally yielded less than 10 gold grains because most of the Au in the dispersal trains occurs as invisible inclusions in sulphide mineral grains. However, two samples contained very anomalous concentrations of 363 and 317 gold grains. The first sample is from the base of the Lower Till section that directly overlies the mineralized sediments in Hole NRC20-74 on the April Trend. The second sample was collected from a 1.5 m vertical section exposed in a new road cut through Upper Till directly overlying the head of the dispersal train from the Breccia Dome. Due to the shallowness of the road cut, the original sulphide mineral grains in the till have been consumed by post-glacial weathering, liberating their invisible gold inclusions as visible gold grains.

The HMCs of the Lower Till samples from both dispersal trains are large, sulphide-rich and anomalous in Au, Ag, As, Zn and Pb and to a lesser degree in Sb and Cd. Most of these HMCs returned Au analyses of 1 to 5 g/t. As a rule, the Au grade of a till HMC from the proximal part of a dispersal train tends to mirror the grade of the bedrock source mineralization, and the average 2.75 g/t Au grade of the 7.1 m mineralized intercept in diamond drill hole APR20-10 appears to reflect this relationship. Exceptional, 15 to 30 g/t HMC Au assays were obtained from a few till samples but are not reliable indicators of source grade because these samples were either collected directly over mineralized bedrock (Hole NRC20-74) or their HMCs were atypically very small (Holes 70 and 71).

Mr. Joe Dhami, Tower's President and CEO comments, "While the strong correlation of the magnetics with the known zones of alteration and mineralization will in itself be helpful in planning the upcoming RC and diamond drilling programs, the IP results are expected to provide the extra detail needed to accurately place the drill holes. The IP data should be particularly helpful for extending the Discovery Zone where we already have considerable background knowledge of the geology, alteration and mineralization from RC hole NRC20-74 and diamond drill hole APR20-10."

Tower is a Canadian based mineral exploration company focused on the discovery and advancement of economic mineral projects in the Americas. The Company's key exploration assets are the Rabbit North copper-gold porphyry project located between the New Afton and Highland Valley Copper mines, the Nechako gold project near New Gold's Blackwater project and the More Creek gold project in the Golden Triangle area of Northern British Columbia. 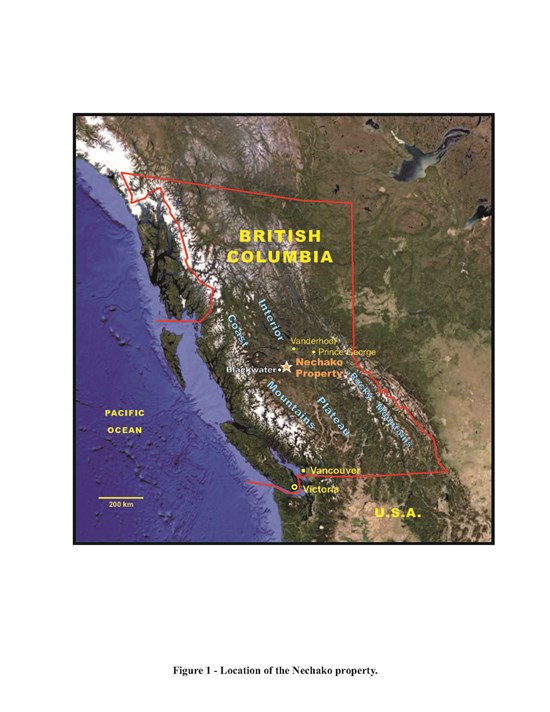 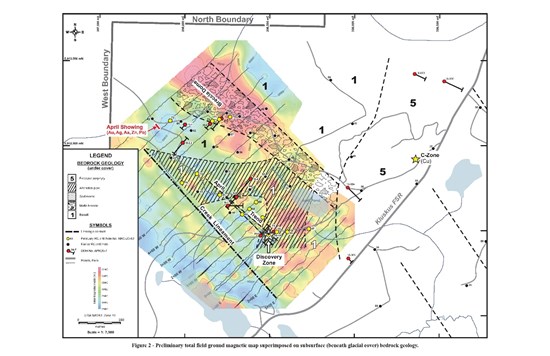 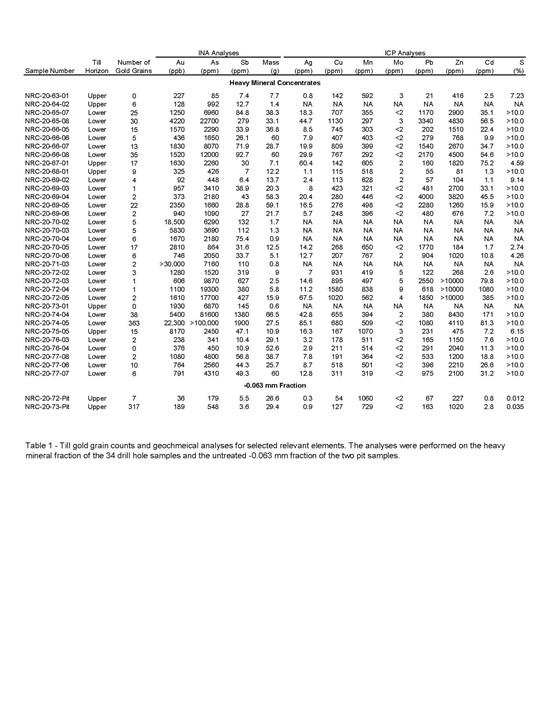 To view the source version of this press release, please visit https://www.newsfilecorp.com/release/61642