Vancouver, B.C. – February 13, 2020 - Tower Resources Ltd. (“Tower” or the “Company”) (TSXV: TWR) is pleased to report that detailed logging of the core from diamond drill hole No. 06 on the Company’s Nechako property has confirmed that this hole intersected mineralized volcanogenic horizons of the same type that host the uniquely high-grade Au-Ag mineralization at the Eskay Creek deposit.

Joe Dhami, President and CEO, commented: “Confirmation of the Eskay Creek mineral deposit model for the April Trend at Nechako gives us further incentive to thoroughly explore this mineralized trend.”

At Nechako, Tower is testing the recently discovered April Trend at the head of a large, 1.5 km wide x 3 km long sulphide mineral dispersal train in glacial till (see February 14, 2019 press release). The applicability of the Eskay Creek model to the April Trend was suspected prior to drilling because both the mineral dispersal train and the historical April Showing, a large sulphide breccia vein (Fig. 1) at the northwest end of the trend, are enriched in the same five metals – Au, Ag, As, Zn and Pb – as the Eskay Creek deposit and in roughly the same ratios. Also, in each occurrence, the gold and silver are hidden within the sulphide minerals rather than occurring as visible particles.

Hole 06 was the last hole of an initial diamond drill test of the April Trend in August, 2019.  While Holes 01 to 05 intersected an unexpected fault block of unprospective basalt (see September 20, 2019, press release), Hole 06 provided direct physical confirmation of the Eskay Creek model by intersecting:

The previously reported zone of narrow stockwork sulphide veinlets, including a 0.2 m wide vein that contained 2.93 g/t Au, 34.3 g/t Ag, 5.45% Zn and 0.60% Pb, occurs between the mudstone and conglomerate.

Stu Averill, P.Geo., a Director of the Company, added: “The discovery of graphitic mudstone and sulphide-carrying volcaniclastic conglomerate horizons in Hole 06 is key as we can now use the mineral content of these marker horizons to vector toward the volcanic vents from which the sulphide mineral bands in carbonaceous mudstone and sulphide fragments in volcaniclastic conglomerate are normally derived.”

Tower plans to conduct a second drilling program using this knowledge. A dual-purpose drill rig capable of both reverse circulation (“RC”) and diamond core drilling will be employed. The RC method will be used on approximately 15 vertical holes to rapidly map out the mudstone and sulphide-bearing conglomerate horizons beneath the thick till cover. The till will also be sampled but only visibly sulphide-rich samples will be analyzed. The drill rig will then switch to the diamond drilling mode and drill approximately five angle holes at the visually most prospective sites identified by the RC drilling.

Tower is a Canadian based mineral exploration company focused on the discovery and advancement of economic mineral projects in the Americas. The Company’s key exploration assets are the Rabbit North copper-gold porphyry project located between the New Afton and Highland Valley Copper mines, the Nechako gold project near New Gold’s Blackwater project and the More Creek gold project in the Golden Triangle area of Northern British Columbia. 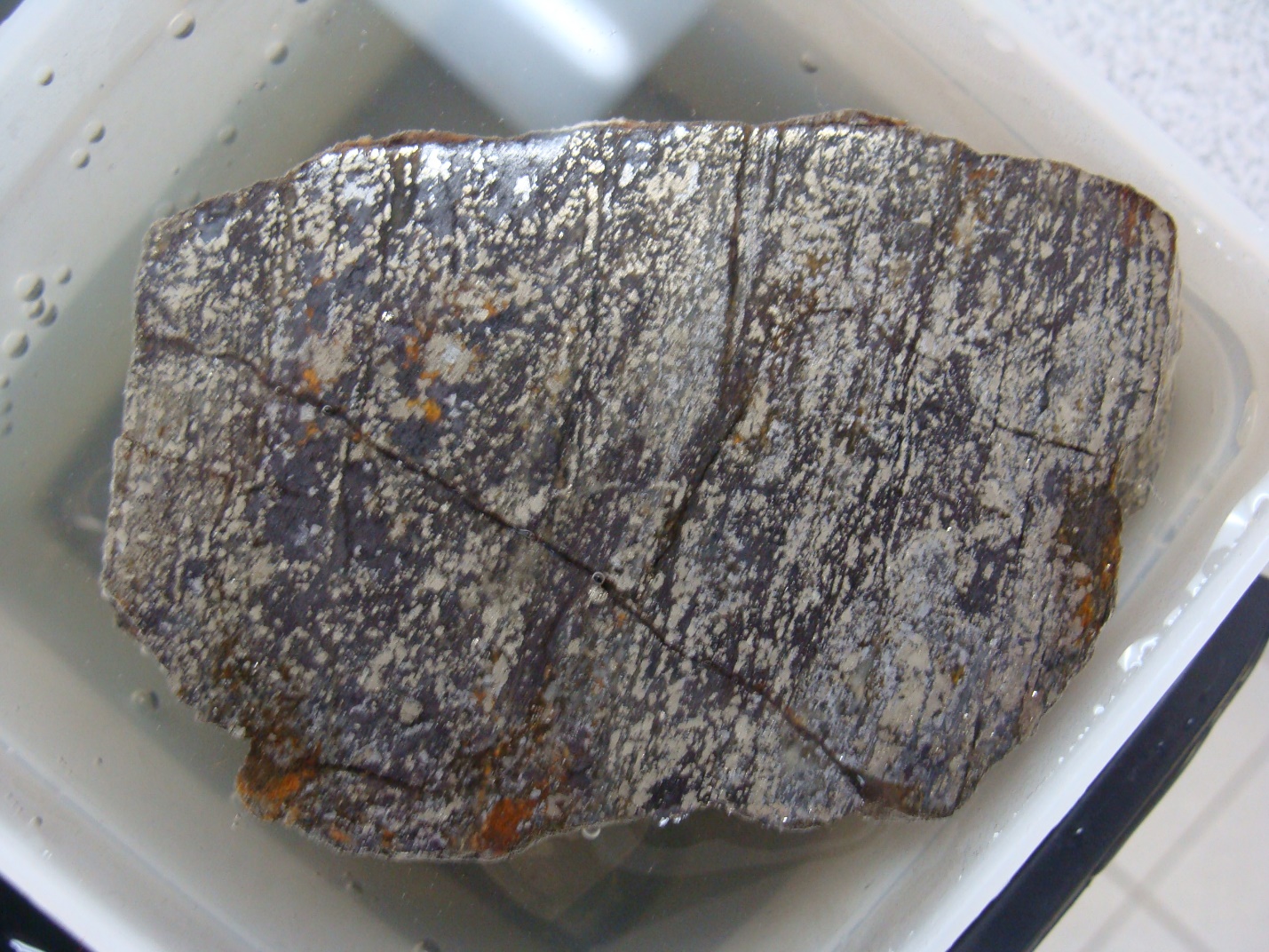 Figure 1 - Photograph of a polished section of an 8 cm wide, sulphide-rich, Au and Ag-bearing sample from the April Showing with subequal proportions of sphalerite, pyrite and arsenopyrite.